How FOXY Came to Be 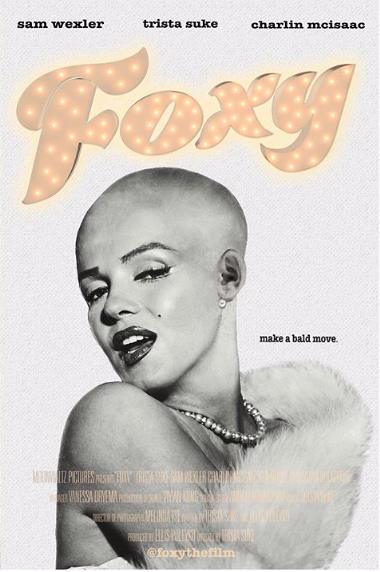 It all started one chilly September evening. My roommate Trista and I invited our friend Kyle over and he came baring gifts: a 1.5 litre bottle of wine.

Music was playing, pinot grigio was flowing and Kyle momentarily caught a glimpse of Trista tucking her hair behind her ears. "Can I ask you something?" he asked point blank. That was the question that changed everything.

I could practically hear Trista's heart beating out of her chest at that very moment...

Before I go on, I should let you in on a secret. A secret, that for several years, I was one of the few people who knew.

Alopecia areata is a type of hair loss that occurs when your immune system mistakenly attacks hair follicles. Experts do not know why the immune system attacks the follicles. There is no cure.

In short, Trista is bald- she has been since she was diagnosed at the age 10. Since her diagnosis, Trista has spent pretty much every day doing everything in her power to keep this a secret. The amount of hours spent on drawing on eye brows and putting on fake lashes and the amount of dollars spent on searching for realistic wigs became countless. How did I know, you may ask?

First year university, a mickey of vodka and a badly timed confrontation in the middle of a party. 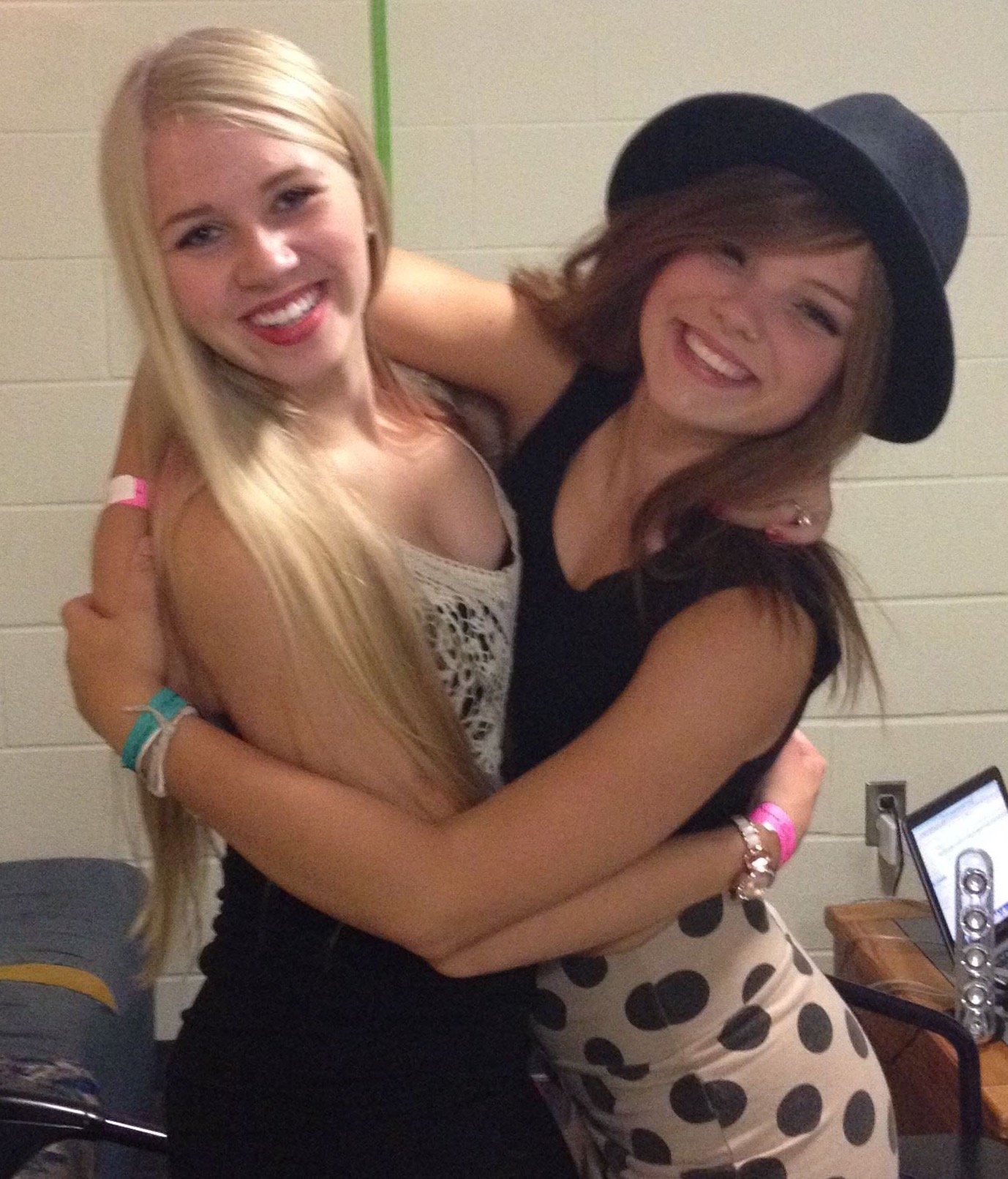 To be fair, I knew something was up but I genuinely thought it was no more serious than extensions. Though we look back at that untimely interaction and laugh, a few tears were certainly shed at the time.

... Back to Kyle's confrontation. "Do you wear a wig?" were the next words out of his mouth. At this point, I was still one of the few who knew, so my go to reaction was to sit very awkwardly in silence. Trista immediately denied it, but upon further questioning, came clean. What a milestone that was.

Trista and I both went to Ryerson University for Radio and Television Arts: Media Production. Fourth year, we had the option to pitch a thesis project. We both knew we wanted to pitch an idea but for three years were stuck on what. This was the moment it came to me. 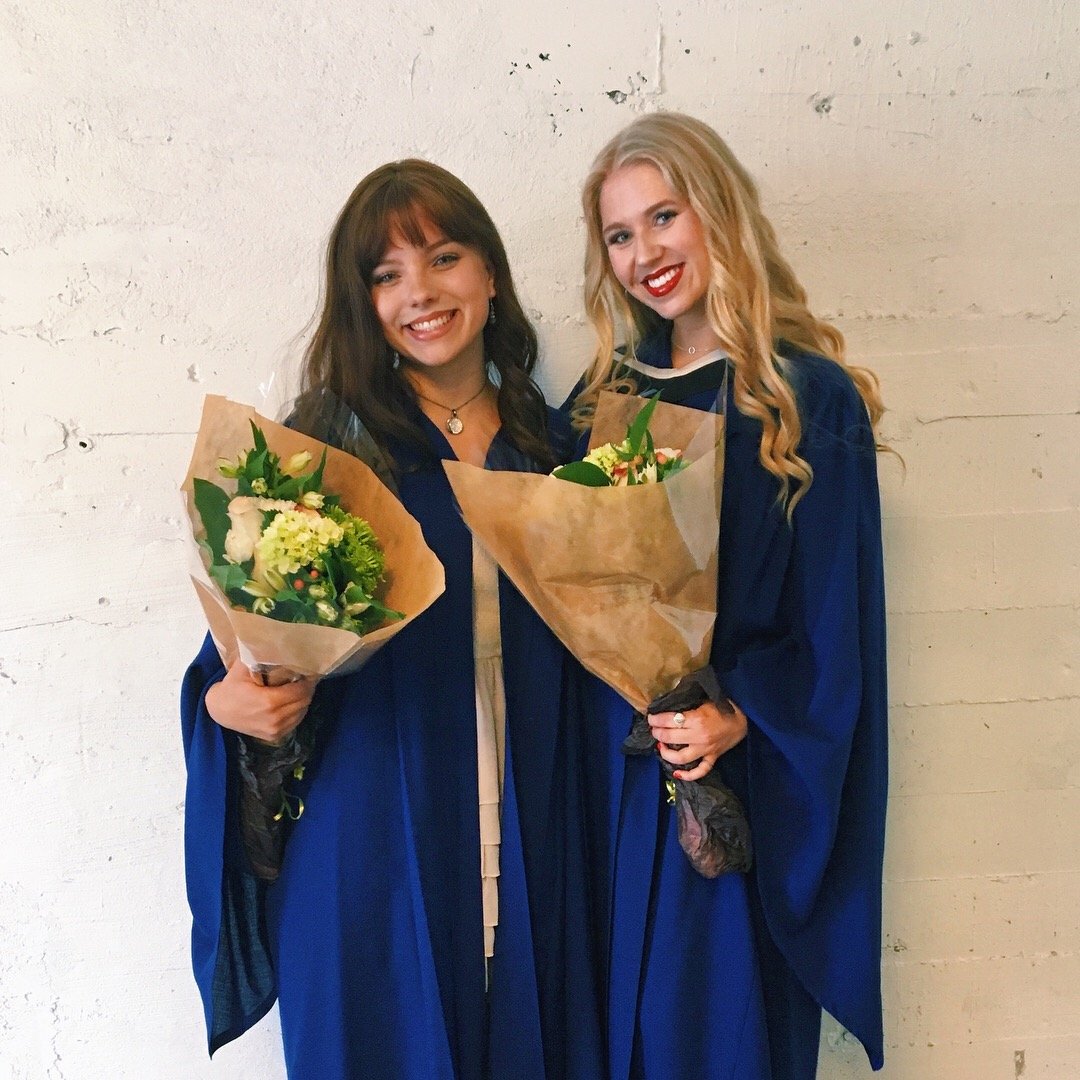 Trista and I at our University graduation.

"That's it! Trist, let's make a film about alopecia. If you were to come out about it, it would have to be in a 'big, in your face' kind of way. This is it." She immediately laughed me off and quickly swore Kyle to secrecy... Little did she know.

A month later, Trista and I bussed 12 hours down to New York for a concert. That was the first time she finally revealed her "bald self" to me. Before your mind starts to wander too much, let me answer the question I know you can't get out of your head: yes, she did slightly resemble Mr. Clean (but in a hot, smokey eyed kind of way). 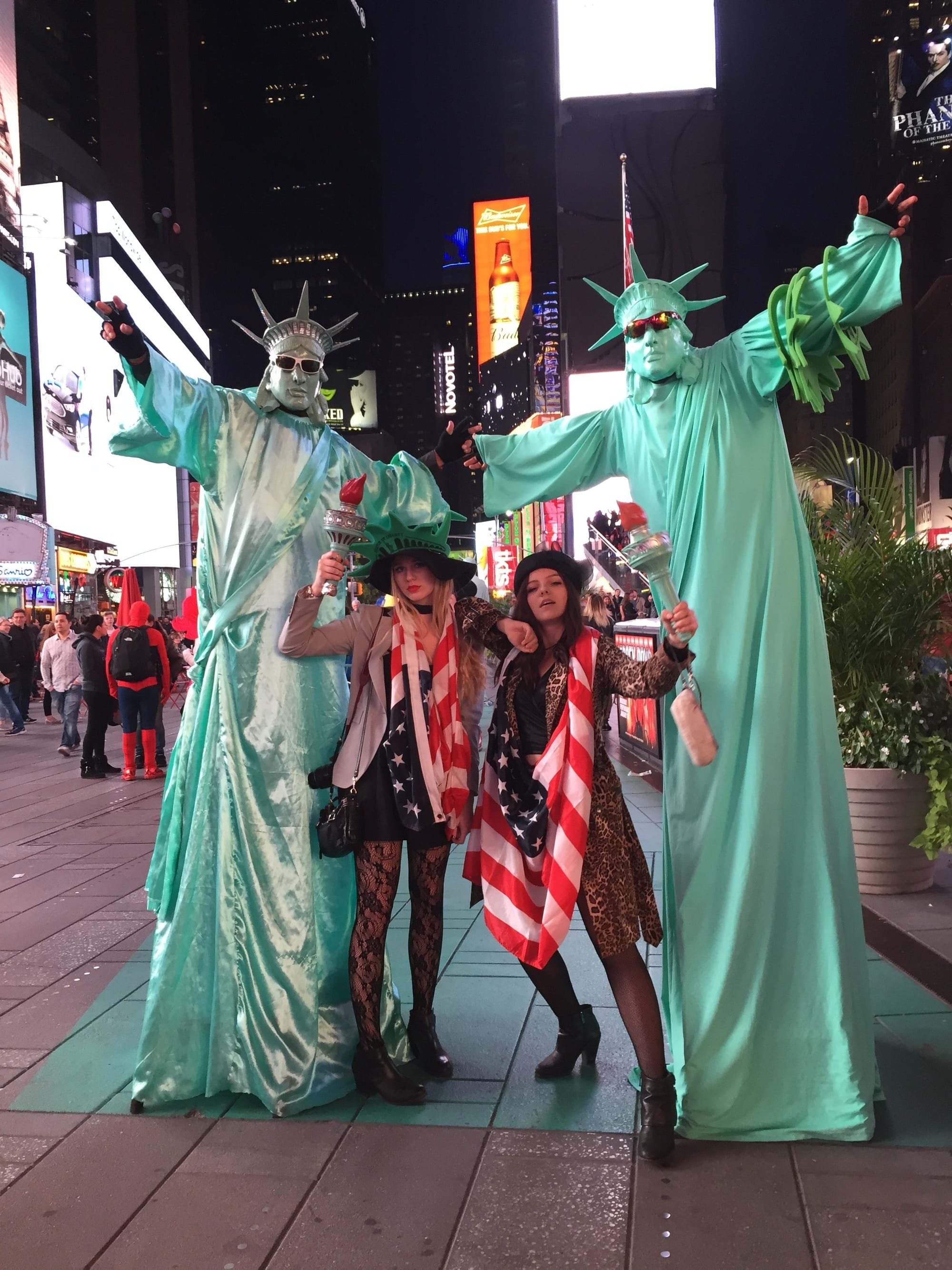 All jokes aside, for everyone who knows Trista, literally nothing she does can make her look less attractive (and if you think there is, just ask her to sing. That thought will disappear quickly). The thing about alopecia is yeah, you may lose your hair, but it's just a head! Everyone has one! Trista taking off her wig in front of me obviously didn't change my perception of her whatsoever and I knew everyone else would think the same. This was the moment she nervously brought up my idea of possibly turning her condition into a "coming out" film.

Fast forward through multiple indecisive phone calls with her parents, Trista finally told me she wanted to take me up on that idea. An excessive amount of rehearsals, a terrifying pitch on stage (where she opened up to her friends and class mates for the VERY FIRST TIME), me moving to Australia, and a bible that almost didn't get submitted later, FOXYsomehow managed to get selected as one of the few projects to move forward (but just barely).

The rest is history. 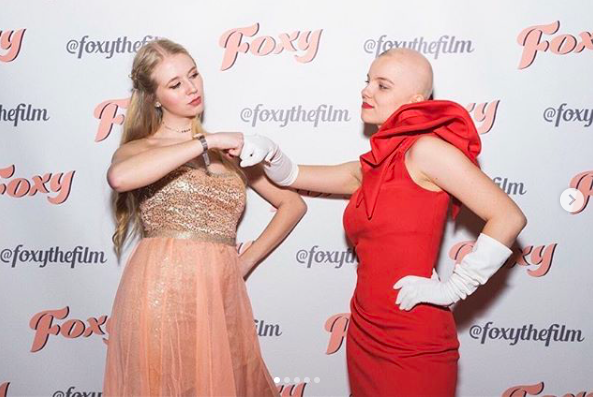 Since then, our film has had the pleasure of being played in festivals all over the world, translated in other languages, and we have won some pretty incredible awards. Check out our Instagram for more information. 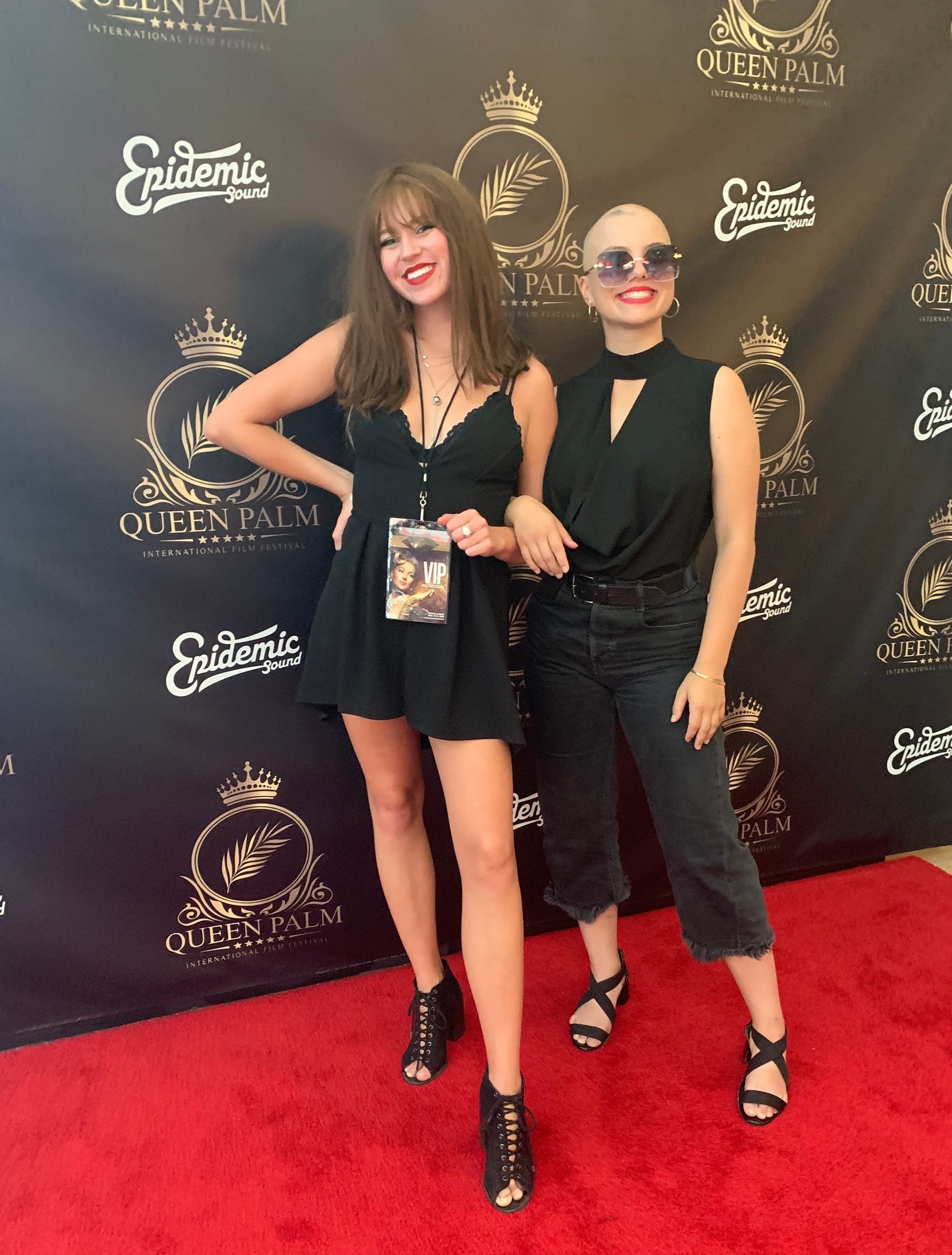 Me wearing Trista's wig after our Q&A at the Queen Palm International Film Festival in Palm Springs, California.

I'll leave you with one more thing though, how did we decide on the name FOXY?

Well, you'll have to watch the movie to find out. It will be available in Canada on CBC primetime and online in September.

Hair or no hair, our differences are simply something that make us unique and there's nothing wrong with that. Living your life striving to be "normal" is boring. Embrace what separates you from the rest! No matter what, bottom line is, we all deserve to feel FOXY.

article foxy health and wellness travel blog film foxy the film ellis mae
Travel Thailand With Me
The Great Ocean Road
Why We Are in Brisbane // 5 Year Plan to $1,000,000